23 Aug Is It Safe To Mix CBD With Alcohol

Posted at 15:54h in How To Use CBD by Staff Writer

For many first time users of CBD, there is one question on their mind: Can I mix CBD and Alcohol?

Cannabidiol (CBD) has been a hot commodity in the health and wellness world over the past few years, and its products can be found in several different forms across thousands of businesses in the United States. This includes pharmacies, retail stores, and even convenience stores and gas stations. One of its biggest strengths is that you don’t need a prescription, you can buy it over the counter, or online!

New research on the effects of CBD is being conducted daily, and we already know a lot more about it than we did when it was federally legalized with the passing of the 2018 Farm Bill.

But for people who take CBD on a regular basis, there is one question that arises frequently. Is it safe to mix a night of drinking with CBD? Throughout this article we are going to answer this question while also providing you with possible side effects from combining the two substances.

Before giving you the answer for the question above, it is important to understand the different ways that CBD and alcohol affect your body. The two cause very different chemical reactions within your body due to their differences. While CBD is classified as a stimulant, alcohol is classified as a depressant.

Stimulant: A stimulant (also called an “upper”) is a substance that, when taken, will cause certain systems in your body to speed up. As a result people taking stimulants might see a decrease in appetite and desire to sleep, while experiencing an increase in energy, alertness, and attention. Some examples include:

Depressant: A depressant (also known as a “downer”) is a substance that will result in tranquilizing effects for both your body and mind, often being prescribed to people with sleeping disorders. This directly affects your mind’s ability to process information, often resulting in delayed reactions and an increased ability to fall asleep. Some examples include: 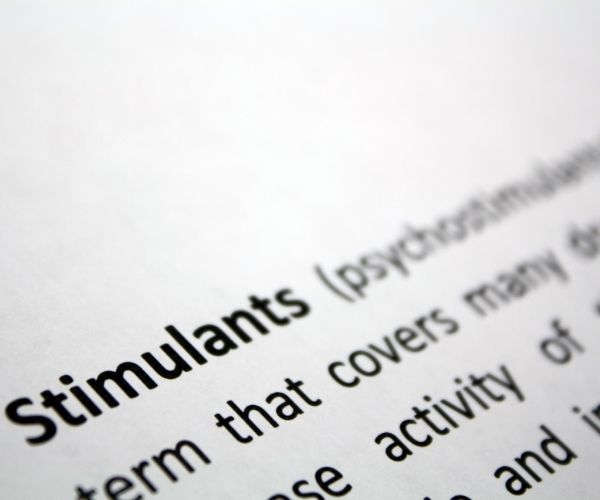 Although both of these classes have contradicting effects on one another, it is very common for people to mix them….both intentionally and unintentionally. At times this can be quite dangerous, especially when combining two different drugs with high potencies such as Adderall and Benzos.

Effects of Mixing CBD and Alcohol

But what effects can ingesting both CBD and alcohol have on your body? There hasn’t been a lot of research conducted on the effects of mixing CBD and alcohol. However, it is believed that CBD may be able to counteract some of the negative side effects associated with consuming alcohol.

Here are a few ways how:

CBD May Help Prevent Cell Damage – Drinking copious amounts of alcohol can lead to cell damage along with inflammation that can damage your pancreas, liver, and other vital areas. At times, excessive alcohol consumption can also lead to cancer.

Many of the studies that suggest CBD’s ability to fight against cell damage have been conducted on animals, namely rats and mice. One of the studies concluded that CBD helped mice protect against alcohol-induced fatty liver disease. It is currently unclear if CBD has the same effect on humans, so more research will need to be done before it can be concluded.

It is known, however, that CBD is a great anti-inflammatory and can be beneficial to all kinds of people including the elderly, athletes, and even young adults.

CBD Could Reduce your Blood Alcohol Concentration Level (BAC) – Your BAC determines the amount of alcohol that you have running through your bloodstream. Most of the time a higher BAC equals a greater loss of motor control and memory.

Although there is little research on the topic, there was one study of 10 people that found promising results. The 10 people in the study consumed alcohol and then were given a placebo to see if there was any change in their BAC. The results were negative. However they were then each given 200 mg of CBD and then tested again. They all displayed a lower BAC after taking the CBD.

CBD May Help Treat Alcohol Addiction – Several animal studies have shown that CBD can help treat symptoms of addiction and withdrawal, so many researchers believe that it could also be helpful for treating people with alcohol use disorder.

One particular study closely examined the effects that CBD had on rats who were addicted to alcohol (yes, you read that correctly). It was recorded that the rats consumed less alcohol and avoided relapsing shortly after.

The findings may be small, but they are still a positive foundation for the other researchers to build off of.

Although more research is needed on humans regarding CBD and alcohol, there have been studies that have shown the ability for CBD to help people quit smoking.

If you are somebody who has tried to quit smoking before, you know the routine. After a lack of success using nicotine gum, patches, and even trying to switch to vaping, it seems nearly impossible to curb your craving for a cigarette. Something you may want to give a try is CBD inhalers.

A study found that people who used CBD inhalers in an attempt to quit smoking consumed fewer cigarettes in a day and reported their cravings to diminish after using the CBD.

Other studies have suggested that CBD can also be used to help deal with opioid addiction. Although the research has yet to be concluded, there have been promising results. 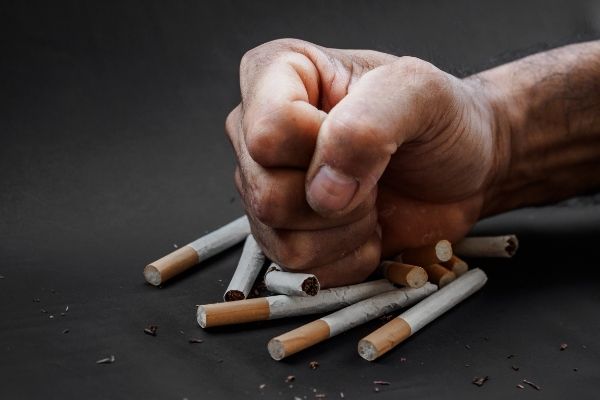 Is it Dangerous to Mix CBD and Alcohol?

As far as research goes, mixing CBD and alcohol is not inherently dangerous. However, due to the amount of research still needed on the subject, we do not advise you to be taking high doses of them both at the same time. Although CBD is believed to help counteract the negative side effects of alcohol, taking them both together can cause sedation and drowsiness.

You should also closely monitor the amount of alcohol you are consuming when you decide to drink. Many people like to mix their liquor with soda, which is one of the most common instances where people ingest both a stimulant and a depressant.

All in all, it is highly unlikely that any permanent damage will occur from mixing CBD and alcohol. Although it is not recommended to consume more than the proper dosage, it is not possible to overdose on CBD itself. Therefore, your biggest risk comes from the amount of alcohol that you consume. Whatever you decide to do, make sure you do it responsibly and always keep track of what and how much you are consuming.