23 May Can CBD Help With Seasonal Allergies?

Posted at 08:13h in CBD News and Education by Staff Writer

As the weather gets warmer and the days grow longer, there’s much to be excited about. Spring brings about the blooming of flowers, the return of chirping birds, and the glow of the sun. However, the return of spring also means the return of seasonal allergies for many individuals.

Seasonal allergies affect a large portion of the global population. It’s estimated that 20-30% of the world population suffers from seasonal allergies. The severity of seasonal allergies can range from slight annoyance to a life threatening condition. Experiences differ from person to person. While over-the-counter allergy medications offer some relief, they may have unwanted side effects. If you muddle through allergy season thinking there must be another way, read on to find out if CBD for allergies may help to alleviate some of your worst symptoms so you can enjoy the warmer months in comfort. 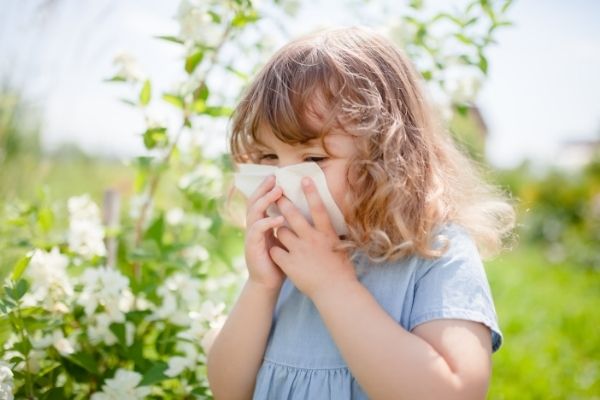 The body possesses an immune system to protect us from health threats such as bacteria and viruses. While the immune system is mostly effective at performing its role, it isn’t perfect. The immune system can sometimes overreact when exposed to harmless food or environmental particles.

Particles of pollen, mold, dander, and dust can be carried through the air to coat surroundings. These particles can exist in greater quantities in the spring when plants start to grow and bloom again and air conditioners kick on to circulate dust that has accumulated over the winter. For reasons unknown, the immune system can render harmless particles like pollen and dust as a threat. In order to combat the threat, the immune system kicks into overdrive in an attempt to eradicate and eliminate the threat.

The misfire of the immune system when allergens pick up in the spring is responsible for an array of symptoms that are referred to as spring allergies.

The immune system’s aggressive response to allergens can manifest in many different symptoms (none of which are too pleasant). Spring allergies can last two months or more, depending on the weather and environment. Symptoms of spring allergies include: 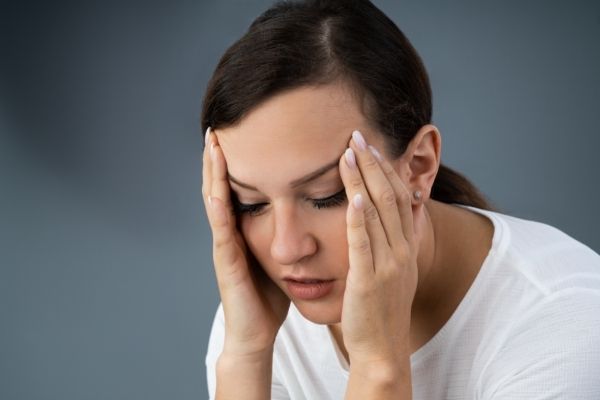 Traditionally, allergies have been treated with over the counter antihistamines and decongestants. Common medications for seasonal allergies include:

While over the counter medications can be effective in treating symptoms associated with seasonal allergies, they can come with very undesirable side effects. Side effects of various antihistamines and decongestants include:

Research surrounding CBD is still in its infancy, but studies found many different benefits from CBD use ranging from stress relief to chronic pain management.

Many people have started experimenting with CBD for allergy relief with positive results.

Unfortunately, there isn’t yet enough research to confidently proclaim that CBD is a definite solution for spring allergies. Nevertheless, there is research to support that CBD can assist with seasonal allergies in several different ways. 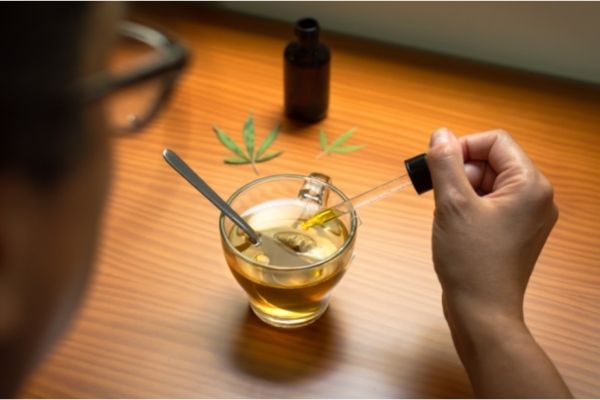 As previously mentioned, allergies are caused by an overactive immune system. CBD has been shown to play a role in helping to regulate the immune system. Histamines are chemicals the immune system produces to help the body get rid of allergens. By reducing histamines you can, in turn, potentially reduce allergy symptoms.

One particular study, in 2005, found that CBD may help prevent your cells from releasing histamines. This could mean less sneezing, wheezing, and other related allergy symptoms.

Yet another study, in 2005, found that cannabinoids can impair the activation of T-cells. T-cells are a type of white blood cells that increase antibody activation and response. Activated T-cells can lead to an increase in histamines. Thus, impairing the T-cells can also assist in reducing allergy symptoms.

In studying CBD and the immune system, scientists have also started to study the terpenes present in cannabis. A 2014 study concluded that a specific terpene found in cannabis (alpha-pinene) helped to reduce antibody levels in mice.

While more research is certainly needed, there is mounting evidence that CBD’s interaction with the immune system could help to reduce allergy symptoms.

CBD As an Anti-Inflammatory

In addition to playing a role in balancing the immune system, studies have also found CBD to be a powerful anti-inflammatory. The studies are promising.

Therefore, while CBD may not necessarily be a treatment for allergies, there is scientific evidence that it could help with allergy symptoms. 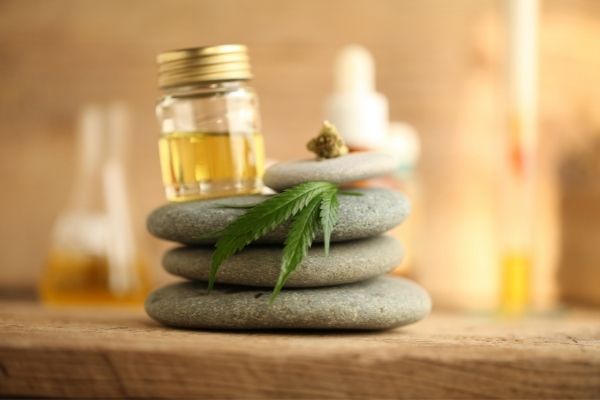 CBD is Not a Cure for Allergies

There are several CBD products available on the market, and figuring out what’s going to work for you can be daunting. Let’s look at what’s currently available in the market place and where the best place to start for allergy relief is.

These are some of the most popular CBD products for managing allergies:

CBD edibles such as gummies are another option. Edibles come dosed with an accurate amount of the cannabinoid contained within and are easy and tasty to consume.

Topical CBD products are applied to the skin. They come in the form of creams, balms, and salves. CBD topicals are perfect for relieving pain and inflammation from plant and insect stings.

Vaporizers and inhalers provide fast acting relief. When CBD is inhaled, it’s absorbed through the lung tissues, which makes for fast and strong effects. If you need immediate relief from allergy symptoms, vapers and inhalers can be good. However, if you suffer from a breathing issue they’re best avoided. 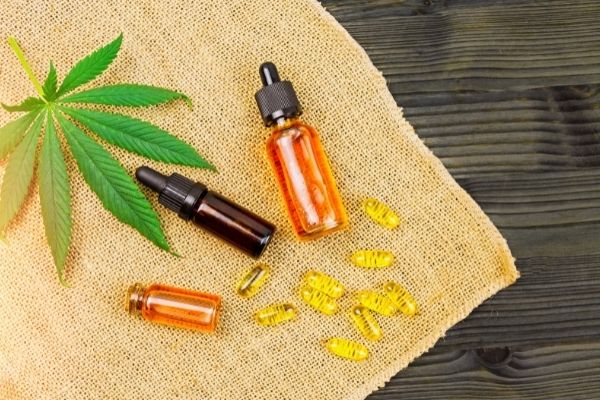 CBD comes in a range of different extract types:

When choosing between these extracts for allergy relief, we advise using full spectrum or broad spectrum extracts, as you’ll benefit from the terpenes (such as pinene) that potentially have anti-allergenic qualities.

What’s the Best Dosage for Allergies?

There’s no particular recommended dose when it comes to CBD for treating allergy symptoms. The amount of CBD needed comes down to several factors, including: the allergy you have, your body weight, and your individual body chemistry. Some people require high doses to achieve relief from symptoms; others can get away with very little. The only way to know for sure is to try it yourself and observe your body’s response.

The best way to find out how much CBD you require is to start off small and work your dosage up until noticeable effects occur. Make sure you test a small amount of your cannabinoid product before beginning to use it regularly to ensure you don’t experience any negative effects.

Once you make sure your body doesn’t react negatively to CBD, you can start to experiment with dosages. Start with under 10mg and work up the dose two or three milligrams per day until you notice your allergy symptoms subsiding. Remember, CBD doesn’t work the same for everyone, and you may not experience any change in your allergy symptoms. 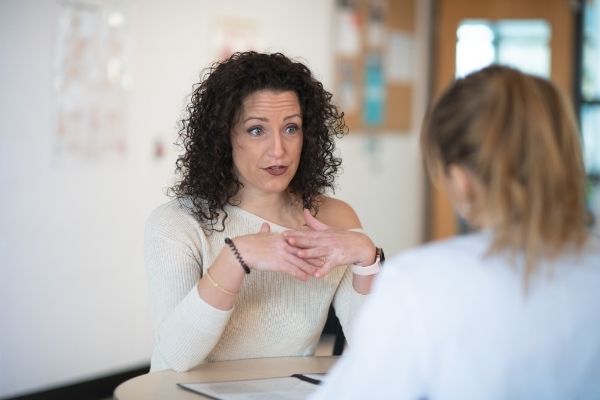 Talk To Your Doctor First

It’s always the best practice to check in with your doctor before beginning a CBD supplement for your allergies. You’ll want to find out whether CBD can work well with your current medications and other health concerns.

Seasonal allergies can feel anywhere from mildly inconvenient to debilitating. As they come around each year, it’s no wonder people are looking for effective treatments.

There’s more to learn about CBD, but scientists are increasingly finding more possible uses for CBD. We do know, however, that CBD offers a wide range of potential therapeutic benefits. This includes reducing inflammation which can ease allergies and their symptoms.

If you’re looking for a natural way to tame those pesky seasonal allergies consider giving CBD a try.

TruHarvest is exclusively dedicated to selling CBD products that are independently lab tested, safe, affordable, and designed to promote optimal health. You can browse our CBD shop to find the products that may be right for you.

We are not medical professionals and we cannot diagnose or treat any medical conditions. We can point you to products we feel may be the best fit for you or answer questions you may have about CBD or individual products. Contact us by submitting a contact form or calling (540) 838-2063 to speak to one of our CBD experts.